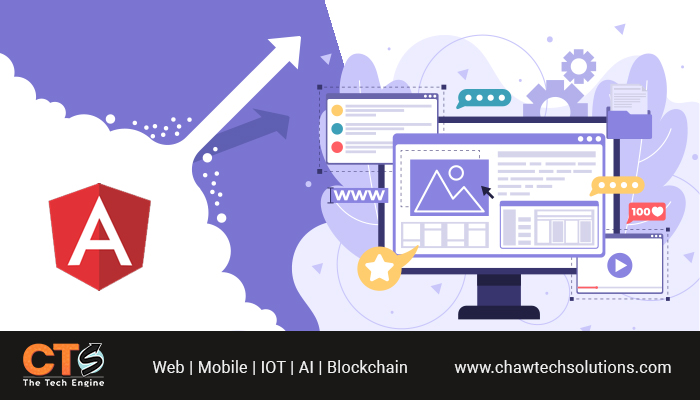 What are Angular Web App & tips to Increase its Performance?

When a new item launches in the market, everyone expects it to work perfectly, and when a company like Google does it, it needs to be the best. That’s what happened to AngularJS, launched in 2000 and the completely rewritten version in 2016. Due to its remarkable adaptability, the Angular web app has been handy for website development.

If you are not familiar with technology, a brief description of Angular will help to smoothen things out. Angular is an open-source front-end development framework that supports web application development. It lets you use HTML as a template language and extend the syntax to express the components clearly. Angular comes with the following solutions:

Angular programming language, referred to as Angular 2+ or Angular v2, is a Type-script application framework. Let’s examine a few features which make the Angular Web App a dominant framework across all spectrums.

Angular is a universal application that supplies the first view of the application on .NET, Node JS, or PHP for driving better interpretation in HTML documents.

Any developer can make optimum use of the application to render web apps with a high-performance and zero installation process. What’s more, software engineers can easily make desktop applications for Mac, Windows, and Linux with native OS API’s aid.

There are many reasons to use angular web apps, some of which are given below:

Angular is a powerful framework for building robust web applications. But, there are some unexpected challenges you might encounter while developing complex architectures. Let us look at some practical ways to improve Angular performance for faster optimization.

A good balance between clean code and performance will make your end-users happy. The Angular web app is ready to take on the challenges of next-level applications and generate better results. It comes with an excellent material design library, and efficient problem-solving patterns that help the developer build applications and users reap the benefits.