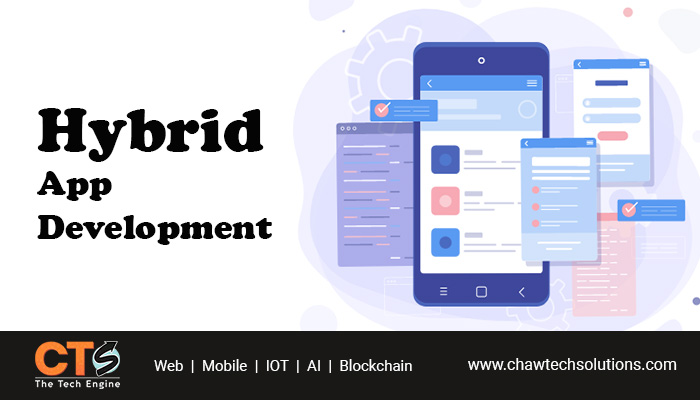 Today, it is nothing unusual to see 90% of the population using mobile phones and apps. In fact, when you are using your mobile phone, you are spending almost the whole time on apps. For this reason, the demand for a Mobile App Development Company has grown immensely. According to a study, by 2021, the number of app downloads will reach 310 billion globally. Along with the demands for successfully build apps, there has been an increase in hybrid apps as well. Let us understand what is a hybrid app development and its different aspects.

What is Hybrid App Development?

When Hybrid App Development Company uses the hybrid software, they create a code that gives you access to all app platforms. It means that they use any application using a single code.

What are the different benefits of Hybrid App Development?

If you are wondering about the use and advantages of investing in hybrid app development, here are a few reasons –

1. It provides multi-platform support. As mentioned above, it uses a single code base for multiple app platforms. An app created on one platform, for example, the Android platform, can be launched on other platforms like iPhone as well. Isn’t that attractive already?

2. Hybrid apps are easier to maintain. Since there is only a single code involved, there is an ease of maintenance. You have to manage only a single database, regardless of how many apps you use.

4. Another important benefit of hybrid app development is that it costs less than other native apps. Since only one set of code is required, the initial cost and maintenance are quite low. Therefore, you can easily invest in a reputed and professional Hybrid App Development Company.

5. When it comes to app updates, hybrid apps are super quick and easy to update compared to native apps. Updating hybrid apps is as easy as refreshing a web page.

With the benefits mentioned above, hybrid apps are gaining speedy popularity. In this context, it is imperative to know the top hybrid app development frameworks.

React Native is a popular choice among developers. This framework was developed by Facebook and is based on React and Javascript. It can be used for both Androids and iOS. In addition, it is very easy and facile to learn.

Flutter is a UI toolkit created by Google. This framework helps in the development of apps for mobile, desktop, and webs. Even though it was released a few years ago in 2017, Flutter has become immensely popular and accepted as a cross-platform app development tool. Flutter framework is popular for the customized widgets it offers. It is also accessible to all developers.

Ionic is among the most used hybrid app framework in the market. It is an open-source SDK, and it is known to use web technologies like CSS and Javascript. Ionic is a great choice since it supports development on Android, iOS, and Windows.

This framework specifically allows app development by using programming languages for apps like HTML, CSS, and Javascript. For beginners, PhoneGap is considered ideal. It also encourages code reusability and is great for all app platforms.

Xamarin is owned by Microsoft and is an open-source framework. It is a relatively rich framework that provides various tools to create hybrid apps. It is considered ideal for Android, iOS, and Windows.

With the rising benefits and demand of mobile apps, you must hire the services of a Mobile App Development Company since they have experience in generating the kind of mobile apps users wish to use. Even with something as technical and efficient as hybrid apps, you must invest in a company that will give you a beneficial return.