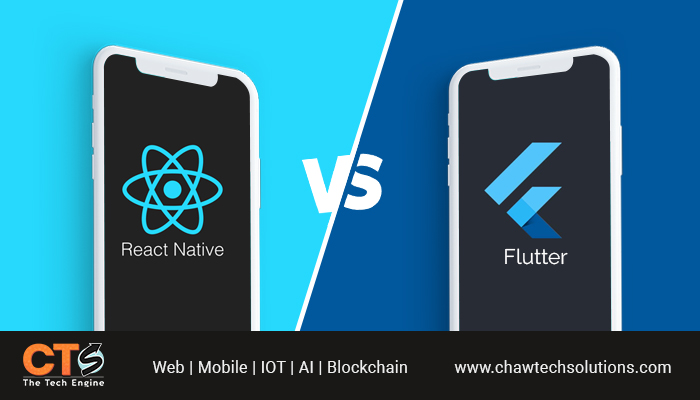 React Native vs. Flutter: Which One to Opt for App Development

There is no doubt that with time, cross-platform software solutions are gaining popularity by the day. Flutter and React Native are the two most popular market favorites. There is no Application Development Company that has not adopted these two means to grow and suppress every market competition. Are you looking for ways to develop apps swiftly? Give the following lines a quick read. This article will take you deep into the Flutter vs. Native comparison aspects to help you understand which one to opt for in 2021.

Flutter in A Nutshell:

The first question that needs to be answered is what Flutter is? Created by Google, Flutter is nothing but a portable UI toolkit designed to help build natively compiled apps across platforms like mobile, desktop, and web from a single codebase. It uses the fast, object-oriented Dart program language. Flutter was officially released in December 2018. Here is good news for any Flutter App Development Company Flutter is a free open source.

The following popular apps serve as excellent examples of the use of Flutter:

What is React Native?

Released in March 2015, React Native is a JavaScript-based framework used to build native applications using React. Fantastic news for React Native App Development companies, this is a free open source created by Facebook. It is a practical framework designed for the development of mobile apps for both iOS and Android. Like Flutter, React also uses a single codebase.

A Few Pros of Flutter:

The Pros Of React Native:

The future of React Native and Flutter:

Monthly improvements in the Flutter toolkit are attracting the attention of every Application Development Company. Constant developments by Google give us the hope that Flutter can soon aid in web and desktop app development, along with mobile apps.

The current focus is on a large-scale re-architecture of the technology. Creating an open space where the community is free to suggest changes to the framework’s core functionalities, Facebook has taken a significant step to ensure better support. Also, holding a stable 5+ year market, React Native is not going anywhere so soon!

Which One to Choose-React Native or Flutter?

According to several app developers, Flutter is more adaptable than React Native- in terms of compatibility, performance, and app features. The freshness of Flutter can be credited in this regard. On the contrary, it is more favorable for software developers. Moreover, delivering projects on time is a crucial criterion.

Thus, your decision to Hire Application developer to use either of the two dramatically depends on the project’s idea, the delivery time, and the skill set of your team. Both are highly loved. As every application is different, you can consider both on their own merits.