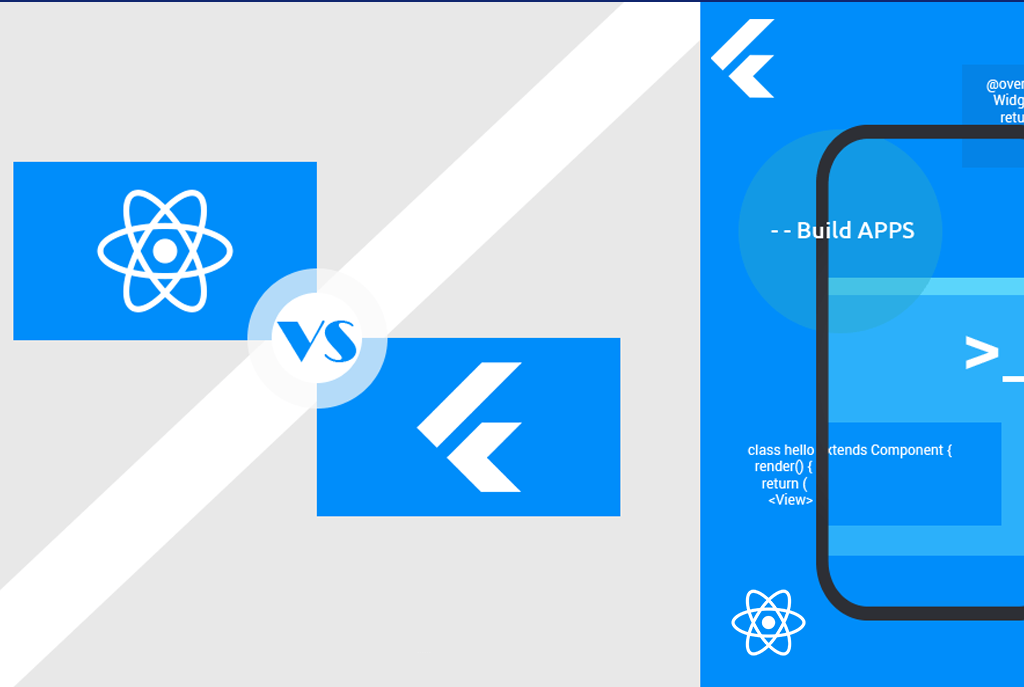 There has been lot of demand for modernized technology in the form of app development. Thus, mobile apps have been used widely. When a new mobile app is being created there will be use of technology which will make the coding quite simple. Whether you are on your way to create a social app, business app or gaming app what matters the most is which framework you have chosen in order to enhance the features of the app. If you are looking for the best framework then Flutter and React native are the two most important ones.

But if you wish to understand the basic difference between the two then here’s the difference
1# In Flutter when coding has to be done there would be overwriting of the code. As far as React Native is concerned there will be reuse of the code however there are a few restrictions there and so you have to respect the same. If in Flutter you are reusing the code then it would be quickly.

2# In Flutter there would be use of many third party packages. But in React native there would be same frame work but with the better and amazing features.

4# Flutter has good tutorials over the web because this is pretty new and so there are many guides as available for making the tasks simple. However, in case of React Native there is already good online support from the developers.

5# Flutter seems to be very good at the first sight but when you analyze everything you will realize that React Native has the best framework.

6# Developing an app with Flutter takes more time when compared the same with React Native. Thus people would prefer Native more than Flutter.

With the above differences it is but clear that React Native is the winner and so developers will prefer this one. However, when as a company you wish to use Flutter then you can find a good developer who can do his best with the available interface and frame work. But when you ask most of the developers that which frame work would be reliable then the answer would be native frame work. This is because Flutter has just gained popularity now because the basic and beta versions had just released and both had a few flaws. So, people still believe that React Native is a good option.

Both the frame works have their own pros and cons and so when smart choices are to be made one should do the relevant analysis and decide that what would be a good option for your task. You should always choose the frame works depending upon the stability and performance. Choose a good app developer and ask him for the reviews and the ideas which can help in making your task simpler.