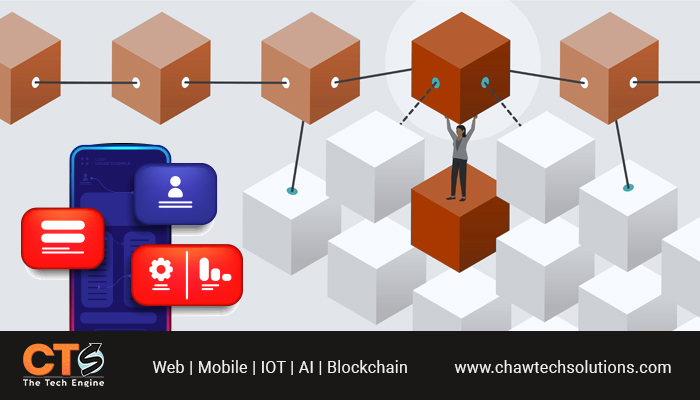 The truth is that Blockchain’s implementation in the mobile app industry is still at a very initial stage. But the possibilities of unleashing game-changing technology with the total potential usage of blockchain are endless. So to understand the topic, you need to know how any Blockchain Development Company is gradually transforming the world of mobile app development every day.

Blockchain is known for its impenetrable security protocols. Blockchains have append-only mechanisms, so data once added to a blockchain is immutable.

1. It allows the developers to add multiple protection layers to their data; also, they can assign private keys for the users. So anyone without the decryption key, even from the inside of the network, can not manipulate the user data.
2. Blockchain is a decentralized system, so Blockchain always saves a replica of the database across a computer network. This practice directly reduces the risk of data loss to a severe extent.
3. The world is getting full of hackers every day, protecting sensitive data is becoming a more challenging task. But Blockchain is nearly impossible to decipher without proper credentials. It makes Blockchain mobile apps immune to most of the hackers and fraudulent activities.

As the name suggests, blockchain technology is a series of interconnected blocks where each block contains transaction data. The block also contains timestamp data for the previous block in the Blockchain. The system provides real-time access to the users to their data.

As we know, the main goal for Blockchain technology-driven apps is to provide the users with a permanent, public, transparent digital ledger system. Which makes sure that no data stays hidden from the users, and that’s how Blockchain makes it transparent. Also, all the Blockchain Development Company makes sure that users can see who sent/modified what and when without exposing any personal information. This system directly eliminates the need for third-party services and also ensures real-time transparency in transactions.

Blockchain transactions are free from the risk of mediation by third-party intermediaries. They are verified and computed by the miners. After the computation process, the transaction is confirmed and subscribed to the distributed ledger. Every single data change is reflected throughout the blockchain. There is no need for any documentation to keep all the records. The overall service costs a very nominal charge on the parties involved in a transaction. Elimination of intermediaries not only reduces transaction costs but also speeds up the process. At the same time, it eliminates data tracking by any third-party intermediaries.

Efficiently Speeds up the Settlements

It usually took hours, days, even weeks in some cases for settlement of any transactions. For example, when you buy a car, it takes months to get the ownership papers, right? With the help of blockchain technology, settlements are done instantly, and you can get all the documents on the same day. As the overall system works on logic-based protocols and human interaction is minimal, it distinctively speeds up the processing time. This way, all the Blockchain Developers are building a better future for all types of digital transactions.
Blockchain provides the users Better security with data traceability. Blockchain is also known for being open-source and cost-effective. Blockchain is free from any intermediaries and immune from data theft. Blockchain app development holds a bright future for mobile apps and their users. It is going to become a much more secure digital ecosystem. Blockchain technology will be a breakthrough technology in all kinds of software and app development types in the coming decades. Also, this is a massive opportunity for small-scale IT companies to become Blockchain Developers to get more business and increase their credibility in the market.