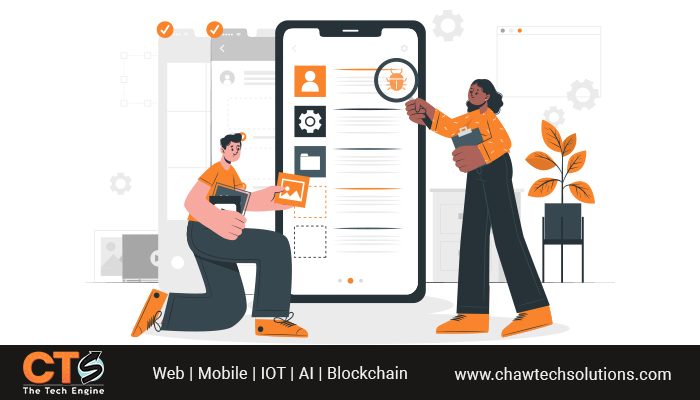 Smartphones are an inevitable part of people’s daily life. Thanks to the development of technology and science. Almost all facilities are now just an app away! Mobile apps are now such an integral part of most businesses. App developers do some testing before they launch the same for mass. Let’s discuss why that is so important.

Why is It So Important?

Enterprises are competing for a high place in the apps business. Some believe that mobile app success depends on the program and its capabilities, while others believe that success is based on app performance. Even a simple application can be popular if it runs flawlessly and serves a good purpose. Quality assurance pays off in any job. Testing before the final launch seems like the morning that shows the day.

Manual testing involves reading through documents that are written to confirm the requirements have been met. It’s so crucial for counter-checking. If a step or piece is missed in the code, manual testing identifies that.

After the manual testing, the QA team makes and runs a script to test the newly made app. In case of an omission in terms of workflow & logic, then a responsive action is taken. Scripted testing is a time taking process. App developers need to be patient with the processing.

Testing determines how the app will run in the future. It’s a gateway to successful download, execution, and interaction with the back-end support. It is a crucial factor in the development process. It is through Functional Testing that brings the best quality app in the market.

An in-depth analysis of functionality is what real device testing guarantees. Real mobile device testing gives a precise outcome for the app. This ensures a given feature works in a gadget. This altogether facilitates a flawless user experience.

The look and feel of an app adds a feather to its successful running. An attractive UI/UX is an unavoidable thing. It also shows the individuality of an app. Testing on real mobile devices helps to ensure a user-friendly interface.

A hassle-free experience makes all the customers happy. The satisfaction of customers goes a long way. It attracts more customers, expands your business, serves the purpose in the best way possible. The importance of Functional Testing influences the app’s reputation also. It increases the reliability of the app in the long run. A tested app is more likely to stay ahead in the market of competition, which is so important for the business also.

Both Functional and non-functional testing requires some investment in the beginning. But it also leads towards earning higher revenue. Even new startups are opting for non-functional testing. They are collaborating with testing service providers. Which is usually cheaper than employing a full-time tester

These are some of the reasons why mobile app testing is important before an app launch. Once the app goes through testing, it eventually qualifies the doubts. If you are an app developer, opting for an app test would be a wise decision. Invest today and have the fruit tomorrow. Testing is like homework to do to sustain in the long race.