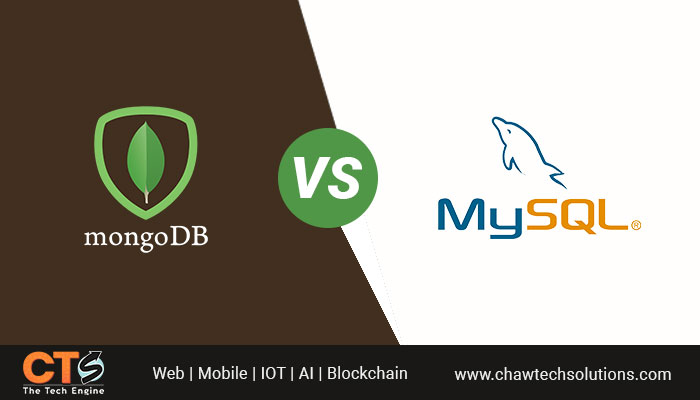 MongoDB Vs MySQL: Which Database Suits Your Business?

MySQL has earned massive popularity over the years as an open-source relational database management system. It is now owned by Oracle Corporation and was originally developed by MySQL AB. Users can pre-define the database schema based on their requirements and make rules, which can govern the relation among relevant fields in the table.

MongoDB is a non-relational database. Data is stored as document forms in this type of DBMS called BSON. BSON is one type of binary representation.

MySQL uses SQL or structured query language to access the database and keeps the data stored in tables (like other relational DBMSs). A migration process that can significantly reduce the app performance is required for any change in the schema. It also can take the database offline.

In the MongoDB database, data gets stored in JSON-like documents. It comes with a varied structure. For better query speed, MongoDB stores related data sets together, which are further accessed with the help of MongoDB query language. The database is scheme-less. Hence it allows mobile app developers to make documents without defining document structure.

Index optimization is a quick data searcher for both MongoDB & MySQL. When an index is not found, database engines scan the entire table to find relevant rows. In MongoDB, all the documents inside a collection should be scanned when an index is not found. According to the backend development company, selecting a document that offers a match to query the statement.

MongoDB handles a wider volume of unrestricted data than MySQL. It stores all data on a single document. It lets the users sensitively query towards workload. Thus, it is easy for users to read and write data in a single place.

MYSQL is comparatively slow. This database uses a large volume of data and struggles while dealing with big volumes of unstructured data. It happens since data is scattered over several tables for reading and writing. It requires access.

Auditing, authentication, authorization is huge security features in MongoDB. The users use transport layer security and secure sockets layer for encryption. It is programmed to let only intended clients read documents. MongoDB establishes control over different sets of privileges.

In MySQL, the security model is privilege-based. Hence, authenticated users can get advantages like UPDATE, INSERT, SELECT, and CARE.

The master-slave & master-master replication rule dominates MySQL. On the contrary, MongoDB comes with by default replication.  It also offers auto-electronics, sharding features. Those features make MongoDB more resilient and adaptable. For example, the auto-election feature allows a developer to start a backup database if the primary one fails automatically. On the other hand, Sharding allows horizontal scaling. This method does not apply to MySQL.

MongoDB is good for apps that need quicker data availability despite the volume and data variety. It is suitable for apps working with unstable schema design with a need for frequent updates at a low cost. While MySQL is suitable for startups that don’t need to scale up databases a lot. Both the databases have their individuality. You need to choose a Backend Development Company based on your needs themselves.