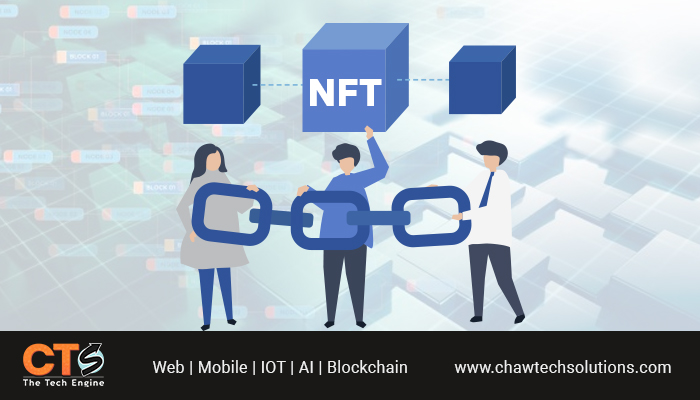 Non-fungible tokens or NFT”s are hotter than barbecue right now. The techies and economists of the 21st century are talking about it, but what is the buzz all about? NFT’s are related to blockchain development like bitcoins. But the difference ends right there. Bitcoins are interchangeable like your $100 note, but NFT’s, on the other hand, is a class of cryptocurrency that is unique. It makes them useless as a currency but extremely useful for other things like digital art.

How Do NFT’s Work?

Most NFT”s are part of the Ethereum blockchain, which is similar to dogecoins but can store more information. A Blockchain Development Company can develop their version of NFT’s.

NFT’s can be anything digital like drawings, music, but the current buzz is mostly selling digital arts. You can think about NFT as unique ownership over something which you can’t touch or hold. It can be digital art, coupon, code, or video clip. Some NFT’s are fetching billions of dollars, and companies are launching NFT’s for-profit, publicity, and much more.

The Power Of Blockchain

A Blockchain Development Company uses cryptography techniques to protect the privacy of messages by transforming them into random characters. The unique mathematical components provide both secrecy and reliability, which is why the immense popularity of blockchains. It is also crucial for creating NFT’s. Each block is locked by a cryptographic hash that uniquely identifies a string of data which allows for faster retrieval of data. The design makes it difficult to alter the data stored in the blockchain.

Blockchain was initially devised to support fungible assets like Bitcoin and others, but now it enables a user to create unique crypto assets that are non-fungible. The Ehereum blockchain supports the ERC-721 token standards, enabling NFT creators to capture information and store them as tokens in blockchains.

When you pay for an NFT, it gives you ownership of the digital file, like owning an original painting. The pair of public keys and the owner’s private keys determines the value of NFT in the market.

A Brief History Of NFT’s

NFT’s came into prominence with the Cryptokitties game launched in 2017. It enabled buyers to breed and buy virtual cats. It allowed gamers to win game items like shields, swords, or other assets, and tokenization became a real game-changer. NFT’s are used to sell virtual collectibles like NBA virtual tradition cards, digital images, and even virtual real estate.

The NFT marketplace is likely to witness phenomenal growth because any piece of digital information can be easily grafted into an NFT, which will help to manage virtual assets.

Companies should start creating digital wallets and fill them with Ether used by the NFT marketplace. NFT’s allow for artist royalties, and that’s perhaps the most crucial part of this hype. It keeps artists sustainable and helps them to continue creating arts that matter. A blockchain development company must use NFT to make their blockchain models much more receptive and robust. The speed of transformation in blockchain technology into a more eco-friendly model is a critical factor for the sustenance of NFT’s. The NFT market is likely to reach maturity over the coming years and have plenty of room to surpass the initial application stage.